BOOK AT THE BEST PRICE

UFOs in the sky around Doñana and Huelva? 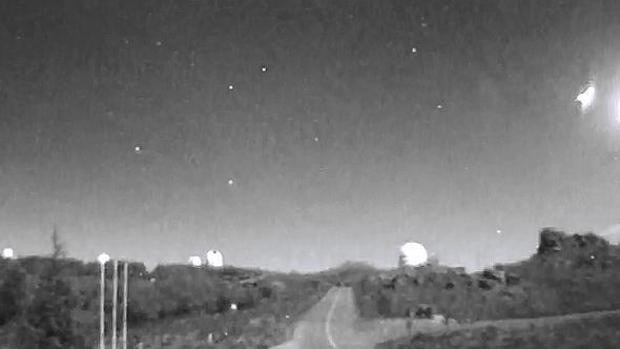 by Gran Hotel del Coto
19/04/2021 tags: novedades 0 Comments
The scientist José María Madiedo clarifies that the Institute of Astrophysics of Andalusia has not detected any phenomenon and that they are usually lights from airplanes or helicopters.
Doñana: UFO enclave in Andalusia?
The spark about the presumed presence of Unidentified Flying Objects ( UFOs ) that cross the sky in the province of Huelva , in the surroundings of the protected area of Doñana , has ignited once again. The murmur comes from the neighboring province of Cádiz , where a neighbor from Sanlúcar de Barrameda recounted her experience in Cádiz Directo: an alleged sighting, a rare object flying overhead at night.
«I went out to the terrace to smoke a cigar, it was ten-something at night, I sat in a chair that we have and nothing, I was there for a while, then I saw, just above all what is the Coto de Doñana, a light large reddish-pink color . I called my partner and he said it could be a flare, but he missed us. We stared at the light but it did not come down, it was suspended there in the air, it was still and it disappeared ”, as he has told.
There is a second story that is collected in the newspaper, in this case supposedly occurred in Manzanilla .
«They are usually lights from airplanes or helicopters that are interpreted as foreign objects. There is nothing extraterrestrial or that they come from any galaxy, nor is the girl on the curve taking out her UFO card, ”jokes astrophysicist José María Madiedo .
"It is difficult for us to miss something in the sky," he assured ABC because the Institute of Astrophysics of Andalusia - dependent on the Higher Council for Scientific Research (CSIC) - has ten observation points in the community - and "has not detected nothing in these last days ».
In fact, one of these points is located near the Doñana area , at the base of the Arenosillo de Mazagón , and there is another one nearby that is in Seville . These teams control the entire airspace of the peninsula. "No strange phenomenon has been detected," he repeated.
«It happens that people are not used to looking at the sky and it is magnified , sometimes intentionally by people who promote this type of phenomenon and others, who do not know the night sky, are fooled. There are no little green men around here, they get bored and come on weekends, "he ironically.
This same month a phenomenon occurred that was seen in Andalusia by many people, a fireball that crossed the skies of the community, a rock that came from a comet, according to the researcher.

In the heart of Doñana National Park